Branch pays tribute to former chair on his retirement

The Dyfed Powys Police Federation branch has paid tribute to former chair Mark Bleasdale who retired from policing on Friday.

Mark had held the position of Welsh lead with the Police Federation of England and Wales since November 2019, making him the first Dyfed Powys Police officer to be part of the Federation’s National Board.

In the national role, he was responsible for raising the unique position of police officers in Wales and he was proud of ensuring people considered there could be a Welsh angle to an issue they were dealing with.

“We wish Mark health and happiness in his retirement from policing,” says Roger Webb, secretary of Dyfed Powys Police Federation, “In his 31 years with the Force, Mark has served our communities but has also provided critical support to his colleagues.

“First as a Federation workplace representative and then as chair of the Federation branch for four years, he ensured officers were represented and supported while also making their voices heard.

“Having taken over the role of Welsh lead, he had only just started to fully settle into that position when the pandemic turned everyone’s world upside down. But he rose to the challenge that brought with a typical calmness and thoroughness to make sure the difficulties faced by Federated officers as they policed the Welsh Government’s lockdown restrictions were brought home to chief officers, police and crime commissioners, the Police Federation nationally, the public and the media.

“In addition to being a fine police officer, Mark was very much a friend to the branch. I will miss working with him but know that we will remain firm friends.”

Gareth Jones, who took over as branch chair when Mark took on the Welsh lead role, said he welcomed the advice he had been given by his predecessor.

“Mark was only ever a phone call away should any of need any help or advice and I am grateful for the way in which he helped me take on this position. We all wish him a long and happy retirement and thank him for his service to the Force and to policing,” he added.

Mark had given 31 years’ service.

He said: “It’s been an honour and a privilege to serve the people of Dyfed Powys as a police officer and my colleagues in Wales in my roles with the Police Federation of England and Wales. It’s been a fantastic journey, a challenging journey at times, but I’ve loved every moment.

“I hope that I’ve been able to help people and to make things better for colleagues along the way. I wish everyone in the Force, policing and the Federation all the very best – this is the best job in the world,” he added.

Mark’s first job was as a trainee solicitor, but he changed career because he wanted to deal with people.

He joined Dyfed Powys Police in 1990 and has been a Federation member since that date. He became a rep during a Force reorganisation because he felt the voice of chief inspectors was not being heard.

Mark was the Dyfed Powys Federation chair between October 2015 and October 2019 before being elected to the National Board as the Welsh lead.

The role involved leading on special considerations for Wales within the Federation and raising awareness of Welsh issues.

Mark was only the second person to hold the position of Welsh lead and feels that raising the profile of policing issues in Wales was one of the key achievements of his time in the post.

Mark said: “People now stop to consider whether there might be a different ‘Welsh angle’ to an issue they’re dealing with, and I think this shows that we have really started the journey to full understanding.”

He will be succeeded by Nicky Ryan, former secretary of Gwent Police Federation and an officer since 1996.

Nicky has thanked Mark for his efforts to ensure a smooth hand-over and told him: “Enjoy your retirement. “Stay safe, healthy and well and enjoy every penny of your hard-earned pension. May you draw your pension for many years more than it has taken you to earn it.” 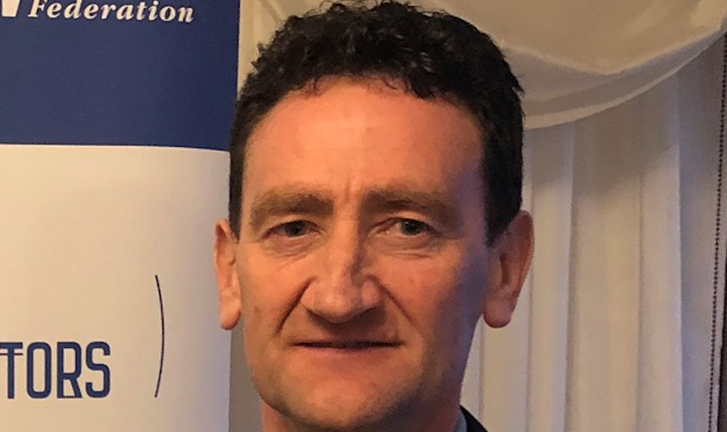