A police staff member who received a shock endometriosis diagnosis at the age of 25 is part of a new working group that has been introduced at Dyfed Powys Police to help educate colleagues and raise awareness of the disease.

Having collapsed at her home in agony, Cassie Lewis, an Intelligence Support Officer, was diagnosed with endometriosis five years ago. She was newly married and hearing the news was terrifying, made even worse when she was told by doctors that if she wanted to have children then she should start trying immediately.

Endometriosis is a condition where tissue similar to the lining of the womb starts to grow elsewhere in the body, this commonly involves the ovaries, fallopian tubes and pelvis. However, it can be located on every organ and anatomical structure.

“I suddenly had to get my head around everything. When I was diagnosed, I was lucky that my line manager was a good friend of mine, so I was able to talk to him about what had happened but that could have been very different. In fact, since then, although I’ve had other line managers who have been really supportive, they don’t know about endometriosis and its effects, so it is a learning process for them. They don’t know how to handle my bad days and I find myself having to repeatedly educate them but I have been really fortunate to have very understanding line managers with an openness to learn more on my condition,” said Cassie.

Five years on from the diagnosis, and five operations in – one of which nearly killed her – Cassie is now preparing her body to start the IVF process. Earlier this year, she was approached by a colleague, Inspector Chris Fraser, to be part of a new endometriosis working group at the force.

“For me, stress is one of my main triggers which causes symptoms, like a bloated belly, to flare up,” says Cassie, “But equally, I thrive under pressure and work best in stressful situations, which means my manager and colleagues need to know when I’m having both bad and good days, and that’s where education from the group comes in.”

The group was introduced to the Force in April, after Chris, who chairs the Force’s Gender Equality Network, as well as the Endometriosis Group, was made aware of the national endometriosis group and, having attended, realised just how restricting and life-limiting the disease could be.

“I heard about young, fit women, who had really been impacted by this illness and there was a lack of understanding about it. When I went back to the Force, it was clear that there’s not much knowledge or information about endometriosis at Dyfed Powys, so I decided to create a local group,” said Chris, who is a member of the British Association for Women in Policing.

The three main aims of the group are to tackle stigma, improve communications and change the culture surrounding the disease.

Chris said: “I basically did a shout-out about the group and immediately around a dozen women got in touch.

“It’s really heart-warming to see people offering advice and sharing numbers. One woman, who had recently been diagnosed, was about to have her first procedure and was quite scared but the other members, some of whom had been through it too, helped her. That in itself was a quick win for the group.”

Backed by the Police Federation, the group has many benefits, including educating officers and staff, along with supporting sufferers.

“The group provides wellbeing and mental health support too,” Chris added, “People know they’re not alone and it reduces some of the mental load they might be feeling.

“The Police Federation has been great in supporting the introduction of the group, particularly because they’ve helped a lot of members after their initial diagnosis.

“A lot of people don’t know how to handle the news, or know what they’re entitled to, which is where the Federation comes in.”

The group also acts as a point of contact for those who have been diagnosed or are living with somebody who is suffering. They are hoping to introduce a buddy scheme and list of champions for people to talk to if they need support or advice. They also want to introduce webinars and pop-up cafés to help educate officers and staff.

“I’m very passionate about raising awareness of endometriosis,” said Cassie, who openly talks about her diagnosis and how it impacts her life. I could’ve done with someone like me when I was diagnosed. It’s the unknown, nobody likes the unknown – it’s terrifying. And infertility, that’s a huge aspect of it all.

Cassie and Chris agree that the introduction of the group reflects how far the Force has come.

“We’ve come a long way in the past five years. Endometriosis is becoming much more recognised, not just by the public but it’s being talked about a lot more in the media too,” added Cassie.

“It’s the little things like I’ve got more flexibility now, especially if I’m having a bad day and can work from home. Or I have two trouser sizes, for the days when I’m bloated. These are things I didn’t know were available when I was first diagnosed.”

The group meets around once a month and is particularly looking for male staff and officers to attend, as well as line managers and chief officers.

Chris, who is encouraging other members to join the group, ended: “The more people that attend, the better, especially those who manage staff, so the education can filter down, through the Force. And we’re always wanting more men to join, so they can understand their colleagues’ needs better, as well as support those at home who might’ve been diagnosed.” 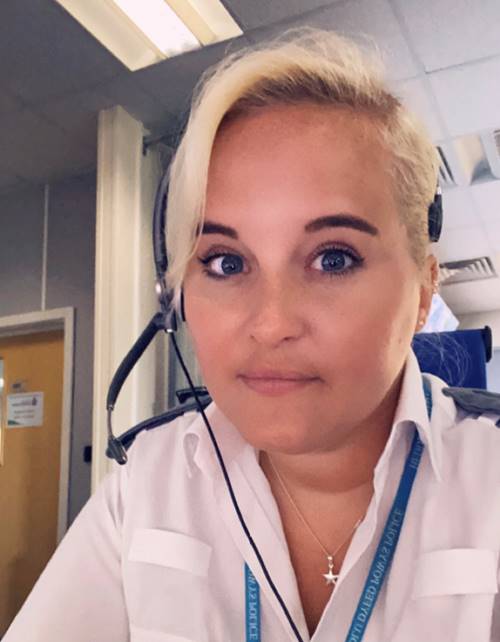 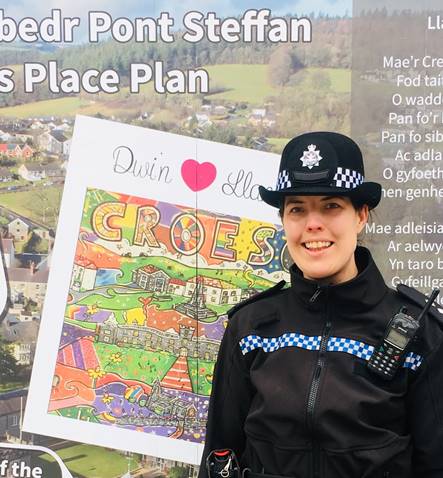