Three candidates are in the running to become the next Police Federation national chair and Dyfed Powys members are being encouraged to have their say by taking part in the elections.

Branch chair Gareth Jones said reform was expected across policing in England and Wales in the coming years and said the Police Federation would need strong leadership in challenging times.

He said: “Calls for a massive overhaul in the structure and organisation of the police service are growing louder and louder and if large-scale reforms are introduced then the impact on our members could be hugely significant.

“I think it is important, therefore, to have a strong national chair who will fight tooth and nail to protect the interests of rank and file police officers and make sure their needs are recognised and respected throughout any future process of change.

“The Police Federation is not against reform - far from it - but our voices must be heard and that is why it is vital that the new chair can go into any future negotiations with a clear mandate and the full confidence and support of the membership.

“So I would urge every member of Dyfed Powys Police Federation to use their vote in this election.” 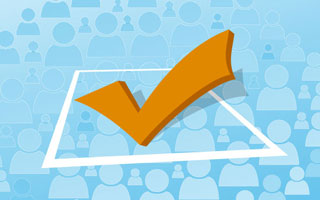 Brian said he would repair what he described as a “significant disconnect” between members and the national Police Federation by listening to members and consigning the “toothless tiger” image to history by putting up a fierce fight to get the best deal for officers.He said he would also get on the front foot in both mainstream and social media and then give power back to the National Board to enable it to hold the executive to account.

He added: “Members do not feel listened to, which begs the question, how can we profess to be the voice of rank and file officers? This cannot continue.”

Ché said he had seen the great work of the Police Federation first-hand having worked so closely with many national and local officials but acknowledged the organisation had not always got things right.

“We have not always listened to the members as we should and put your priorities first,” he said.

“If elected as national chair, I will have an opportunity to put that right. While engagement with the members and representation has improved, there is still much more we could and should be doing to represent your interests and to fight for fairness in every aspect of your work, pay, pension, terms and conditions.”

Steve said he felt there was a lack of communication and a disconnect between the members, the National Board and the chair’s office and vowed to bring unity and greater transparency being more open to change for a better future.

He said: “I am determined to be an integral working part of the National Council and National Board that strives to hold the Government, IOPC, College of Policing and other stakeholders to account.

“We are good at representing and negotiating and have influenced many areas of policing, but I recognise that we can do better.”

The closing date for voting is 11.59pm on Wednesday 30 March 2022 and the new chair will begin their term of office on Friday 1 April.

All members are eligible to vote and will receive instructions on the process directly to their mailbox.

Members with any questions about the election process should contact the branch office.