Former world athletics champion Kriss Akabusi MBE has thanked officers for the “selfless work” they do as he helped open this year’s Police Federation of England and Wales annual national conference.

The British athlete referred to the police as the “glue that holds this community together”, as he addressed the auditorium for the first session of the two-day event in Manchester.

The Olympian, who won silver at the 1984 Los Angeles Games, enticed the audience with a series of inspirational anecdotes from his life.

He told of the time fellow athlete Derek Redmond, who was hit by heartbreak when his hamstring tore while running the 400m race during the 1992 Olympics. Determined not to give up, Derek was supported over the finish line by his father, Jim.

“Whether it’s road traffic collisions, reports of domestic violence, murders, robberies and rapes, you are there, getting people over that finish line.”

He continued to say that while every now and again, we open the newspapers and it is full of negative news, imagine if we could be talking about how the police get people across the finish line. 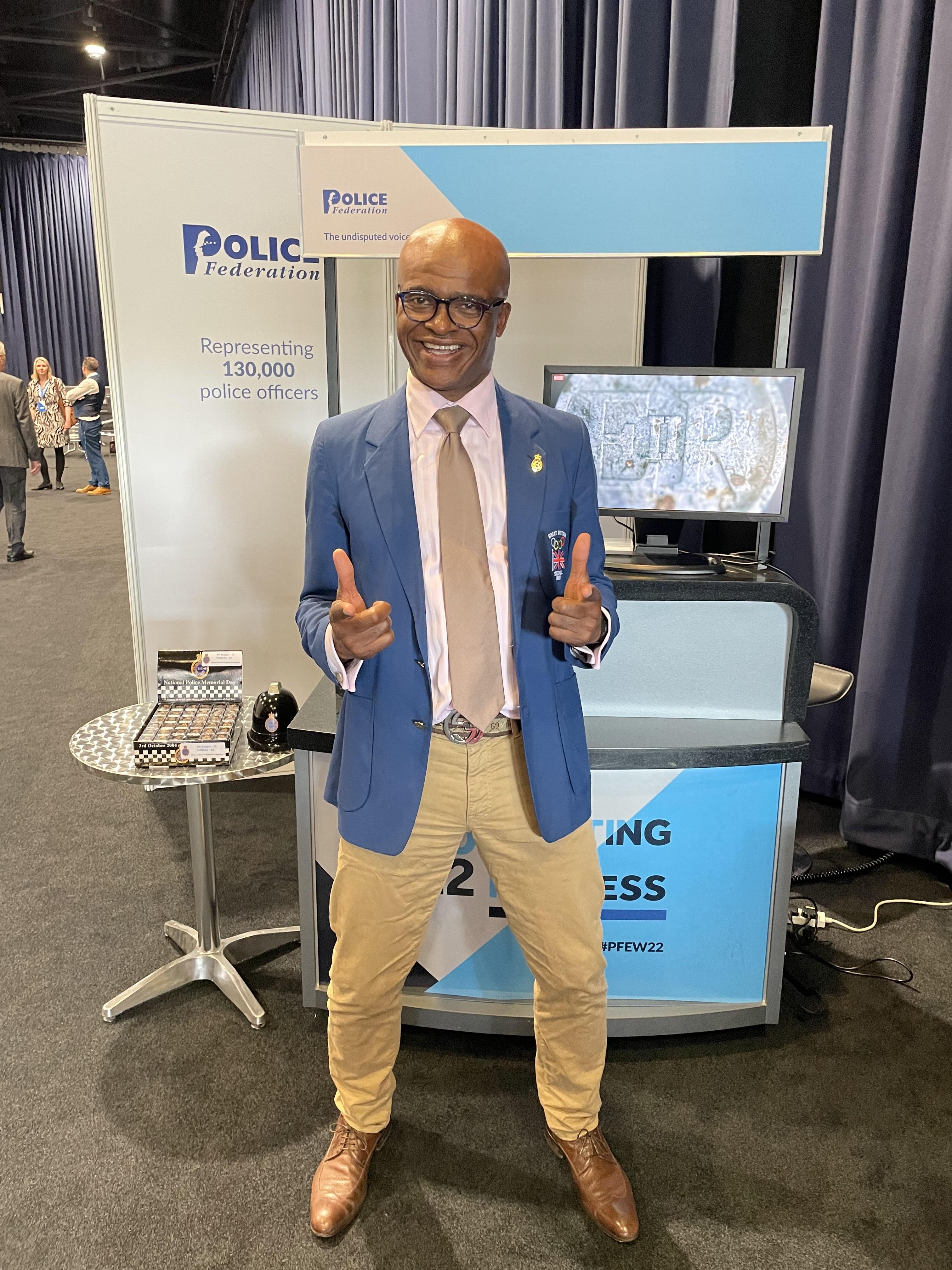 “You the British police, I believe you’re the very best at what you do,” he added.

“But we need to remember, the past is always for reference, not for residence.”

Kriss also spoke of the people who had influenced him over his lifetime, stemming back to when he was in the Army and his talent of running was discovered.

“All of a sudden, I was recognised for doing something right,” explained Kriss, who revealed he had a challenging childhood, which resulted in him getting into mischief at school and coming away with no qualifications.

“I wonder how many times you get recognition for doing something right?” he asked the audience.

“So many times, when I see a police officer I want to say to them ‘good job’. It must be so tough when you work so hard every day but the only time the police get mentioned is when they do something wrong.”

Kriss reflected on his time as an athlete, mentioning some of the key milestones from his career, which included him re-living the Tokyo World Championships, when the 4 x 400m relay team famously clinched the gold medal after taking a huge risk by shaking up their traditional tactics.

The auditorium came to life as members of the audience enthusiastically watched footage of Kriss, who was the last of the four-man team running the relay, winning gold as he crossed the finish line back in 1991.

He ended by reciting the poem ‘Dream Big’, before concluding his motivational presentation with: “Success is the life you lead, the lessons you learn and the legacy you leave.

“With determination, hard work and the right tools you can do great things.”