A father whose daughter was murdered while on duty says that by next year’s Police Federation conference he hopes to be wearing a medal in her honour, as he continues the campaign for an award to recognise emergency service workers who are killed on the job.

Bryn Hughes is leading the fight for an Elizabeth Medal to be given posthumously to emergency service workers killed while on duty, after his daughter PC Nicola Hughes (23) was murdered by gunman Dale Cregan in 2012.

Having attended this year’s annual conference and heard the Home Secretary’s brief mention of the award during her address to the auditorium, Bryn says he now hopes to meet with Priti Patel, so they can drive his ambition forward.

“Next conference, I want to be wearing a medal in Nicola’s memory,” said Bryn, “We were waiting to see what the Home Secretary said at the conference before we decided our next steps.”

During her speech at the conference, Ms Patel spoke briefly about such an award, saying: “In relation to death in service, there is no doubt that every life lost in the line of duty is a tragedy. I am resolutely determined that, in the future, this sacrifice will be recognised.”

Bryn said he was surprised by her comments, adding that the Home Secretary could have said a lot more to “show she cares about” the campaign, which uses the hashtag #MedalsForHeroes.

“It would have been nice if the Home Secretary would’ve acknowledged the bravery and potential sacrifice these police officers make on a daily basis,” he explained.

“When I speak to others, they’re surprised such an award isn’t already in existence. I’m hoping to meet with the Home Secretary and when I do, the question I will be asking her will be simple, ‘Why can we not have this award?’

“This award will never bring our loved ones back or change things, but it will honour their memory.” 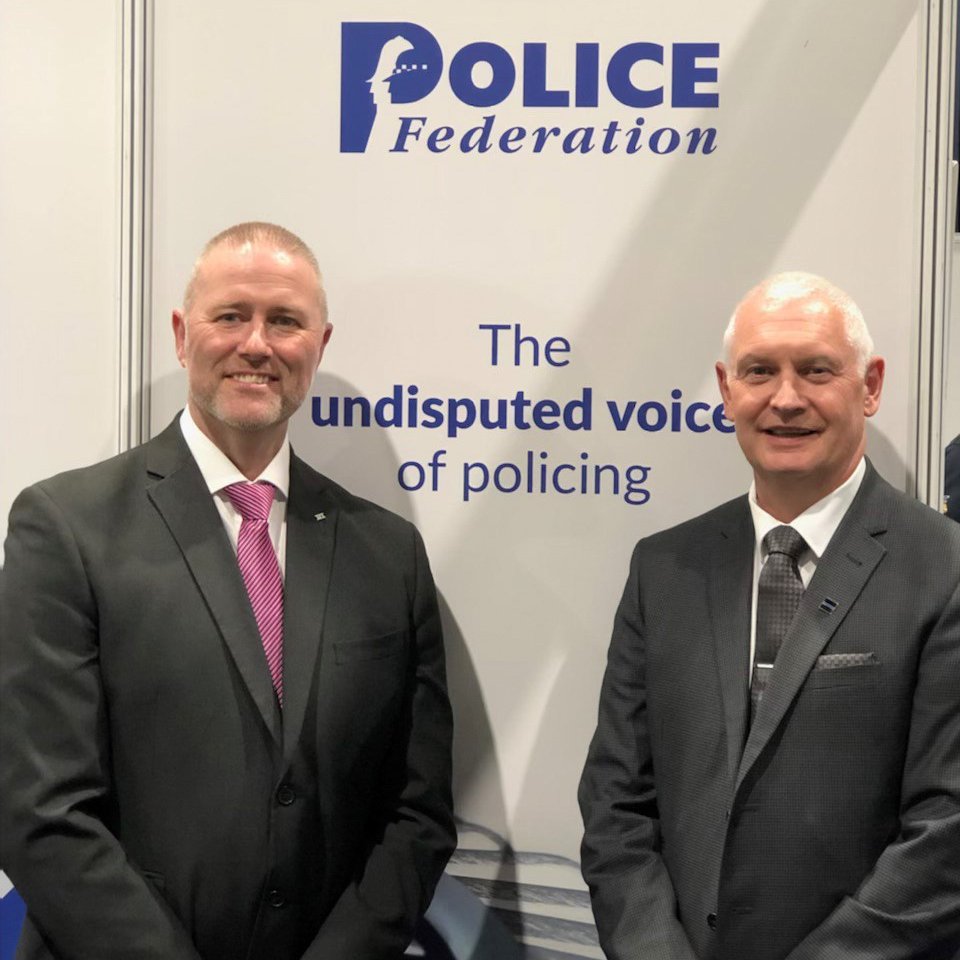 Nicola, who worked for Greater Manchester Police, was killed alongside her colleague Fiona Bone (32) during an ambush, following a routine burglary call.

The award is based on the Elizabeth Cross, which was first awarded in 2009 and is given to relatives of members of the armed forces who have been killed in action since the end of World War Two or as a result of a terrorist attack.

“The financial cost of this award would be insignificant, compared to the personal grief we’re all going through,” Bryn added.

“We’re all on a journey, from the moment we open our eyes to the minute we close them, we struggle – this award would show us the Government cares, that they recognise the journey we’re all on.”

Bryn has also launched a charity in memory of his daughter, the PC Nicola Hughes Memorial Fund, which aims to provide learning opportunities and pre-employment skills in the form of support through grants or services to children who have experienced the death of a family member through violent crime, such as murder or manslaughter.

“Nicola wanted to help everyone, that’s exactly why she became a police officer in the first place, something I’d like to think she got from me,” said Bryn.

“If Nicola would want anything, it would be to help someone who has experienced the loss of someone close to them. To know that we’re providing some sort of basic help to people who need it, I know she would be overwhelmed.”

One person the charity has helped is a widower in his 70s, who became the legal guardian of his three grandchildren after his son-in-law killed his daughter.

“He had been grieving in private every night, so he didn’t show emotion in front of his grandchildren. In some ways, I can relate to what they’re going through.”

Bryn says that for him, the charity and the Elizabeth Medal campaign give him a reason to get up every morning, adding: “I could definitely have just spent my days in bed after Nicola died but doing this, in her memory, gives me a purpose.

“I’d like to think that what happened to Nicola doesn’t define me but instead, what I’ve done since then."