‘Policing is living with consequences of cuts’

The deputy chair of the Police Federation has rejected claims officers are “more interested in being woke than solving crimes” during an interview on national radio.

Speaking on TalkRadio, Tiff Lynch said that policing was now living with the consequences of more than a decade of cuts.

Tiff said: “We’re seeing the consequences of the actions of 2011. We were depleted in our numbers, and that’s not just frontline, that’s office staff as well.

“We told the Government of the day what would happen, that the cuts would have consequences.

“We’re not increasing our frontline. We’re making up the numbers that we lost in 2011.

“Times have changed. The population has increased drastically, and more is being asked of us, and our officers can’t cope.” 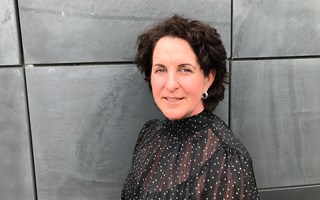 Tiff Lynch, deputy chair of the Police Federation of England and Wales.

Tiff was taking part in a discussion on policing following a report by the Policy Exchange think tank that said the public fears the service had lost its way.

The report, written by former Metropolitan Police officer David Spencer, said police must “get the basics right” on crime and review training.

Tiff highlighted the impact that the loss of experienced officers has had on policing and said those being recruited in the ongoing Uplift Programme would take years “to learn their trade”.

She said: “To be a police officer is a fantastic occupation – I will still say that now – but we’re struggling to recruit, and once you’re into the police service you’ve got two years of probation.

“You’re learning your trade up until at least five years. And 75 per cent of workforce at the moment are five years and below.

Tiff was asked by host Ian Collins if a separate police service should be set up to tackle cyber-crime and online crimes.

She said that the existing service with its specialist and skilled officers needed properly funding to be able to do the job effectively.

“We definitely need those specialisms because at the root of cyber-crime we’ve got people trafficking, we’ve got money laundering and other criminality,” she said. “It’s one big cycle that moulds into each other.

“Do we need a separate police force? No.

“What we actually need are the numbers in the police forces that we’ve already got to bolster it up so we can get the intelligence and actually go out there and get these people put behind bars.”

Listen to Tiff’s interview on TalkRadio.