With 10,000 officers involved in supporting the policing operation for the funeral of HRH Queen Elizabeth, Dyfed Powys Police Federation joined a number of branches to head to the capital to offer support with its welfare van.

Branch secretary Roger Webb and treasurer Nick Jenkins deployed the van to London to offer respite, refreshments, advice, guidance and support to officers from across the UK.

Mutual aid officers from all forces across England and Wales worked alongside officers from the Met to ensure the ceremony and procession went without a hitch and that people who crowded into the capital were kept safe. 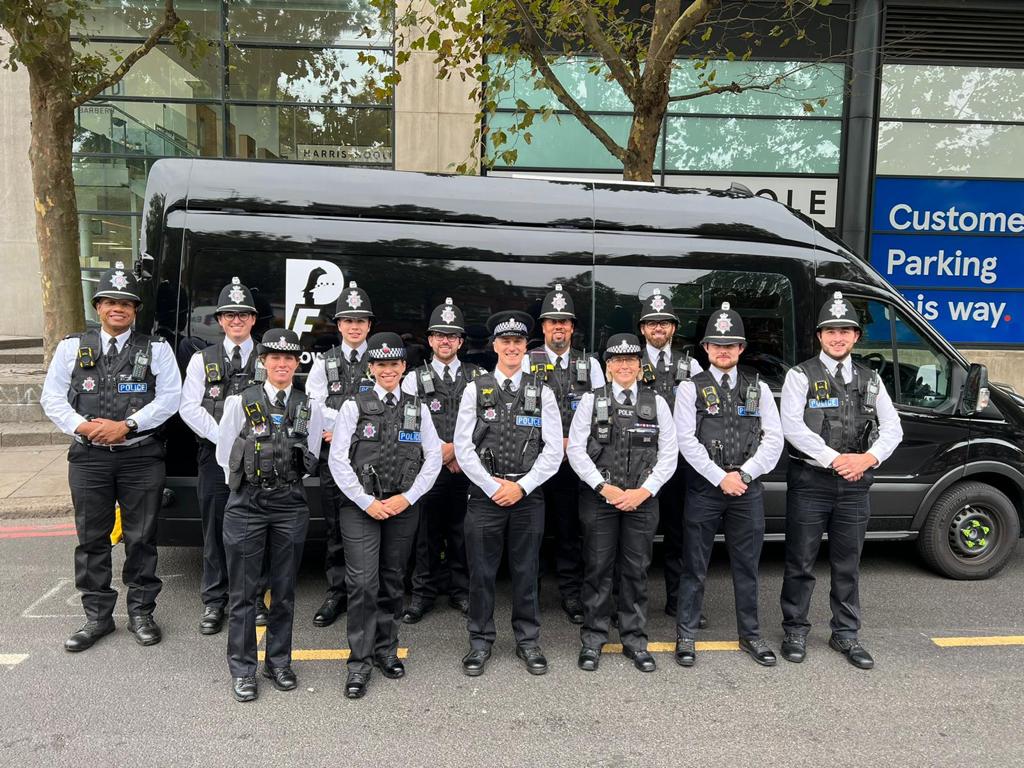 Dyfed Powys Police sent around 100 officers to carry out patrols, security and other key police work in relation to the funeral and the period of mourning.

The Federation and in particular the welfare vans and their staff have received such a high level of praise, one such message said: “All the officers were so grateful for all the Federation vans to provide drinks, food and toilet facilities as the majority did not receive breaks.”

Roger said: “This was clearly a huge policing operation, but one that has been years in the planning. We were proud to play our small part in ensuring the event went smoothly and that officers involved in such a massive moment in history were supported.

“We just wanted to help in any way we could with the van enabling us to provide officers with a hot or cold drink and a snack and a place to take a short break.

The complex policing operation has been deemed a success. 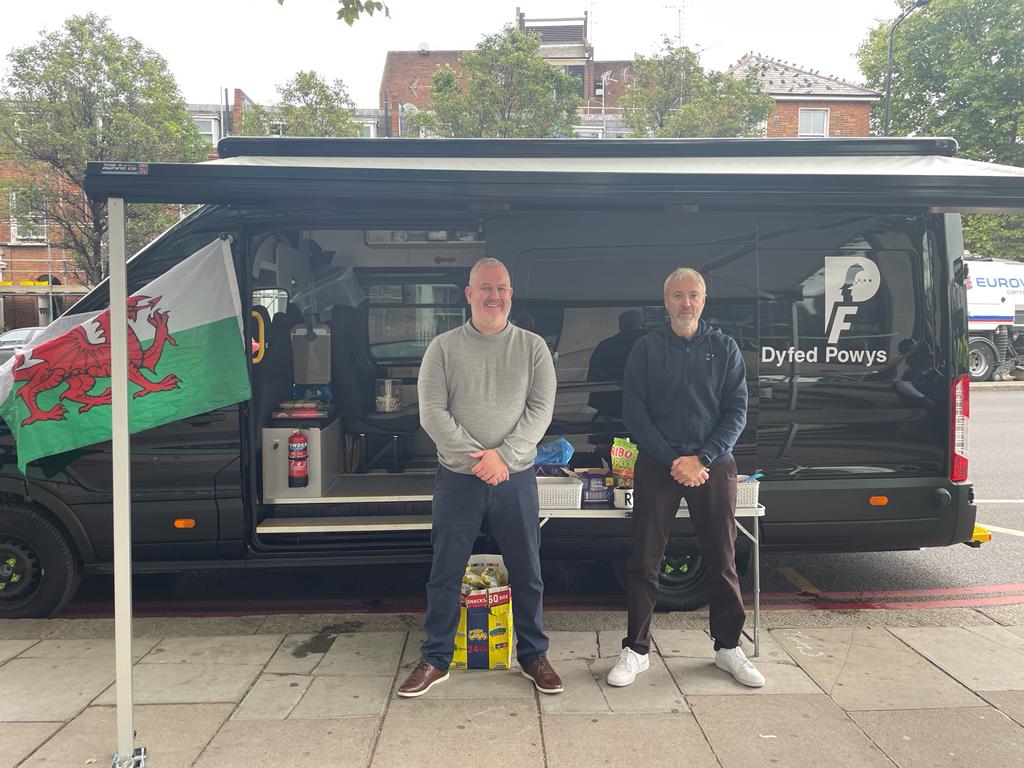 Nick (left) and Roger with the welfare van.

Downing Street said Prime Minister Liz Truss was “incredibly grateful” for all the work that went into putting on the Queen’s funeral, the “single biggest event” since the 2012 Olympics.

A Number 10 spokesman said: “The Prime Minister is incredibly grateful for all those working on this event.

“It has been the single biggest event since the London Olympics, equivalent to hundreds of state visits in just 10 days. It was an event I think we all can agree allowed people from all across the UK and around the world to come together and pay their respects.

“The huge outpouring of love, respect and affection we’ve seen over the last weeks has not only been a remarkable show of unity across the country, but also a fitting tribute to the life and legacy of Her Majesty the Queen.”