‘It’s not just about officer numbers’

Dyfed Powys Police Federation has backed calls for officers to be given more time and better resources to concentrate on fighting crime.

He was speaking after police chiefs pledged to send officers to investigate all home burglaries as part of a new set of standards they hope will result in more of the crimes being solved and more offenders prosecuted.

Sir Peter told ITV’s Good Morning Britain: “The Government needs to remove from policing all these additional tasks that have been taken on.

“It is not just about the number of police officers, it’s what they do and whether they are given the freedom and the tools to concentrate on crime.

“At the moment most frontline operational officers are very frustrated that they can’t concentrate on crime and criminals because they are picking up lots of other jobs as well, covering for social services and mental health services.

“These are vital jobs but police officers are not actually trained to do them and they want to concentrate on crime and while numbers are going up, a lot of those officers are inexperienced and need time to learn the craft and get to know local criminals and local patterns of crime.” 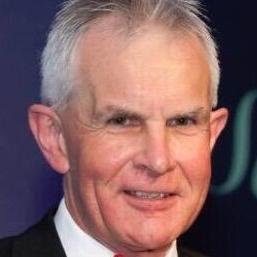 Sir Peter’s comments came as the National Police Chiefs’ Council (NPCC) said an evidence review from the College of Policing had shown how swift attendance of officers at scenes of crime can increase victim satisfaction and aid investigations, as well as helping with the prevention of future crimes in the area.

He said: “More than a decade of cutbacks has left the thin blue line stretched to its limits at a time when demands on its services continue to increase.

“Most of our members joined the police to catch the bad guys but find themselves increasingly bogged down with paperwork or dealing with cases which should really be covered by social workers or mental health services.

“If someone phones for an ambulance and finds none are available, they call us. If a vulnerable family needs help outside office hours, they call us. We will never say no to a call for help but clearly something has to give.

“Freeing up our members to catch criminals and solve crime would be a great way to start increasing levels of public confidence and would also help improve morale and wellbeing across policing.”

The NPCC said police forces will prioritise attendance where people’s homes have been burgled, rather than outbuildings and garden sheds.